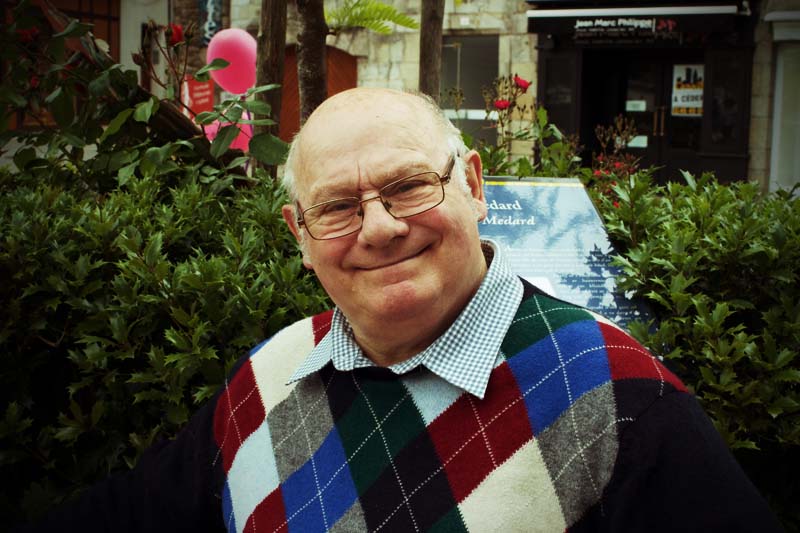 Until the age of, I don’t know, eighteen months or so, my bed was the bottom drawer of a bureau. Two small drawers at the top, a wider one, then a nice deep one at the bottom. Bog standard type of chest of drawers. But that was kept out in the Anderson shelter. The idea being that if there was an alarm during the night, my mother and father would whip me out to the Anderson shelter, take me in there, remove the middle drawer so I could breathe and the bottom drawer was already made up as a bed for an ankle snapper. And I spent eighteen months, I suppose, sleeping in a bottom drawer of a chest of drawers. But I gather that was quite common. The idea being that if anything came down on that chest of drawers, you had a better chance of living if you were in the bottom drawer, than if you were just lying around in a cot. You can see the logic of it but that was the recommendation from the War Department. I’ve still got that chest of drawers. It’s now rotting away quietly in my workshop and I have pointed it out to the family – it’s part of my history, I suppose.

What else can I tell you? Playing in the streets in London. We used to. You can’t keep kids down, they bounce, they want to get out and play, play cricket. But at the age of four it was considered, with the Doodlebugs coming over, and we had a couple come pretty close, that all the little ones had to be got out of London. I say that for the very reason that we had a house in London. (Demonstrating to me using his finger on the table to show the layout of the area in which he lived) At the back there they had a Anti-Aircraft Gun, and a fence, a wire-loop fence, a block of flats over there, another block of flats there, and a parade of houses here, and there was a great gun firing off there! “Prang!” and that was my introduction to everything. We don’t have fairies, we have Ack-Ack guns at the bottom of our garden. Just to be different!

So what were your memories going onwards from 44 then?

Well, when I was four-years old, as I said, they decided in nineteen forty-four to get the kids out. The Doodlebugs were coming over, the big rockets, the V2’s, which you didn’t hear coming, you had no idea when they would explode, were coming over as well. Get the kids out. Time to play silly buggers has gone. So, I was sent to Yorkshire. A little four-year-old, ankle biter, behind me dad into King’s Cross. He’d laid it on for somebody to look after me at the other end. We walked down the station and dad’s looking in all the places, all the compartments. Eventually, I get put in a lovely compartment, all young soldiers, all young soldiers and ladies, WAAF girls, and they’ve all got brothers and sisters my age. So I go in there and I’m really well treated. But obviously you wouldn’t dream of taking a four year old child and just saying “Please look after this. Put him out in York!” which my father had to do! “Just turf him out in York, there’ll be somebody to meet him.” But those were the days when you could do things like that. As I say, all the young people in this coach had brothers and sisters I expect, my age, and they knew exactly how to look after me. So there was no problem.

What happened when you got there?

I was taken to a farm. It was my cousin’s relative somehow. I don’t know how. And I was taken to a place called Easingwold and there I stayed for a good long while. I’ve got a photograph somewhere of my father when he came up from London to visit me. Yes, they had farm horses and Dreys, pitchforks, all of what you would expect them to have. The only black I really put up as a long country Londoner. (Laughing) We were collecting up the straw one day in a field half a mile away and I got tired, I got tired. “I’m going home.” “Alright go on, off you go.” And of course, instead of going round, as a good country boy would do, he would walk round the perimeter. Not me! I’m a Londoner and I don’t know anything about the intimacies of country living! Ding! And there’s this lovely footpath all across a field of Wheat. “Who did that? What idiot did that?” There’s this little fella walking. That was me. But that was the only black I really put up as I recall.

What about the food situation?

Never knew anything about it to be honest. At home, mother coped. I seem to remember we had a lot of rabbit. I still like it. On the farm, I don’t know quite how they coped but I assume they had better abilities of growing or culling or whatever, their own stuff. They had enough land there. They were bound to have rabbits, wild rabbits, so you could always cull a couple of those. There would have been chickens, therefore eggs. No, I would imagine they did quite, well, tolerably well. A damn sight better than the EastEnders.

I know a lot of Prisoners of War worked on the farms, did you ever see a Prisoner of War?

No, not that I can recall, no. I came back to London and just took up literally where I’d left off, playing in the streets and off to school.

When did you go back to London afterwards?

Now that I don’t actually recall, what year that was. It was just a case of reversing going up there and coming back into London and suddenly there’s houses everywhere and a different taste. Other than that, no I don’t recall what year it was.

I know you were young at the time but do you remember London feeling or being different to how you may have left it?

There were a few empty spaces, a good few. I was in North London, Islington, and yes, you’d be walking round bomb sites to get anywhere. Not nice. And thinking back now, those bomb sites took a long time before they were built on or anything was done with them. There were bomb sites in London quite literally up until the fifties. An awfully long time. I assume they’ve all gone now. One would hope so.

So at the time they were a recreation ground for small children still then?

If they were reasonably safe, yes. If there was anything upright then they would be fenced off for safety’s sake, safety reasons.

Did you ever come across any German plane parts or bombs or anything when you were around that area?

No, no I wouldn’t have recognised it. I was too young. I wouldn’t have recognised it. No. I was just, I say an average Junior School kid age but what’s average in those circumstances? No, people began to come back and take up their lives. My father’s eyesight was so bad he couldn’t go in the services but he was conscripted to the Police. He was a Special in the war. My mother took my father’s job. He was an Insurance Agent with the Co-op before the war so my mother took that round over and kept that going, on top of everything else, whilst he was doing his Police work.

That must have been tricky work in that area at the time.

Policing? You don’t get them to talk about it much. My father only ever told me one story. He was on a duty one night and the word went out over the little blue boxes they used to have. “Would you congregate at such and such and such a place.” So he went there to this address and there were other Bobbies joining him. Out came the batons and they went in and they were looking for a particular person. Why? I’ve no idea. They hunted high and low for him, couldn’t find him. He was not to be found. “Oh well, he’s just not here.” So they started going out and dad, for some reason, was the last one out of the room. As he went out, somebody slammed a door up ahead and something moved in the room they’d just left and this pair of legs came down the chimney! He said he’d never laughed so much. This guy was struggling up the chimney to hide himself. That was the only story he ever told me and he was there for a few years.

Do you think your childhood has had an influence on the rest of your life and your attitude towards life?

Not really. I have a love of the countryside. When I was a very young man I joined the cycling club because it was the only way, if you hadn’t got money, the only way you could get out of London. As a young lad I joined the YHA – Youth Hostellers. And I’m still a Youth Hosteller to this day. I pay my subs ever year, not that I use it very much now, for the last few years. I like the thought of it, of young people having places to go where they can stay overnight for fifteen, eighteen quid and be safe. My daughter still uses them when she goes to London. She stays in a Youth Hostel and that pleases me because I know that she’s in a dormitory with girls, safe and it’s nice to know I’ve contributed a little towards keeping that going. My wife, Linda, she’s a life member of the YHA. She paid her money up front a long time ago.

That’s about it as far as my little memories go. 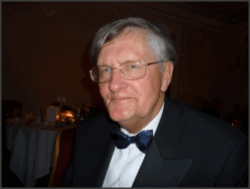 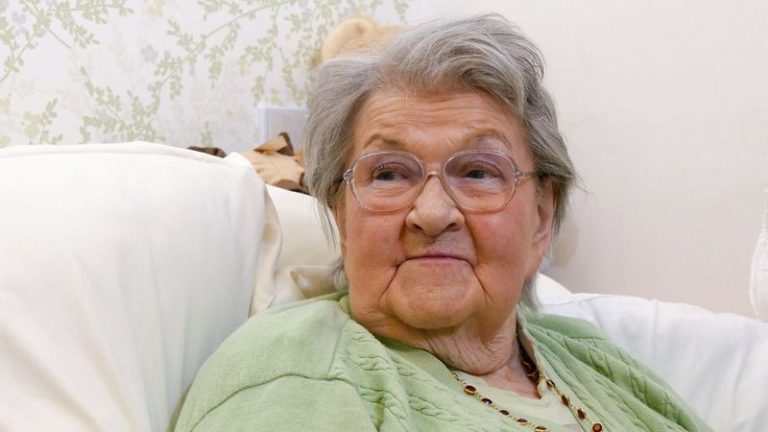 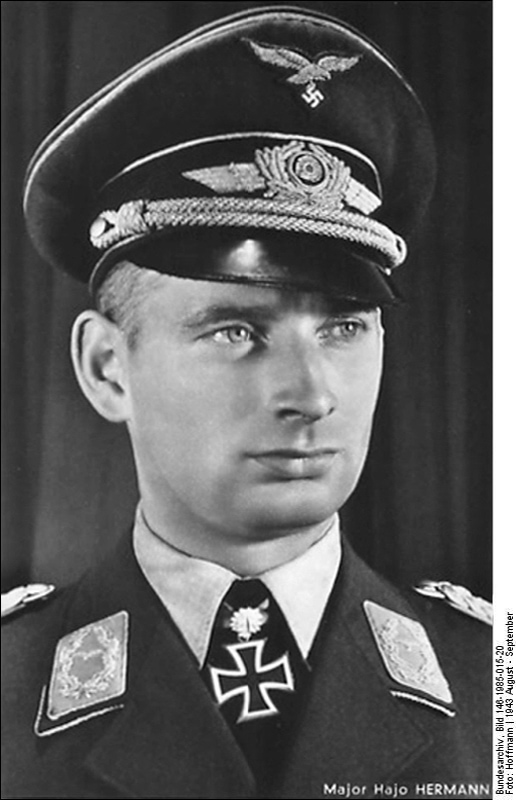