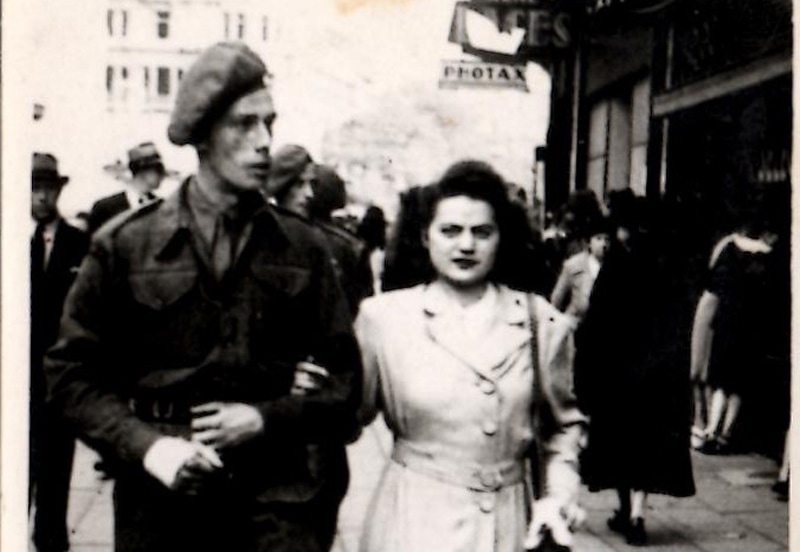 The following story has been submitted by Anita York the daughter of Rosalie and Tom.

Rosalie Germaine Gysen was born on the 15th of April 1920 in a small town in northern France called Roubaix. Her 22 year old father, painter and decorator Louis, and her 16 year old mother Marie, had travelled there from their home town of Antwerp in Belgium just one month earlier. After living in Roubaix for two weeks, Louis and Marie were eligible to marry as residents of the town, and on the 3rd of April 1920 they were wed. Just in time, it seems, as baby Rosalie arrived two weeks later. It was fairly common for couples who were expecting a child out of wedlock to go to “the countryside” to visit a cousin/aunt/friend who was expecting a baby. The relative/friend would unexpectedly die and the baby was left an orphan, necessitating the couple to “adopt” that orphaned baby. Though how anyone could fail to notice that Marie was pregnant beggars belief. Unfortunately, things did not go well for Marie and she died on the 27th of April, just twelve days after giving birth. Louis returned to Antwerp, but as a single man he was unable to look after the baby, so Rosalie was sent to an orphanage run by nuns. Marie’s distraught parents wanted nothing to do with the baby at that point. Suffering from rickets, Rosalie spent her early life living in a cot at the orphanage. The nuns fed her, washed and clothed her, but did little else for the child.

Louis remarried three years later and his new wife, Anna, agreed to adopt Rosalie. At last she had a family to care for her. With the arrival of her brother Willy, she had someone to imitate, and with the help of callipers on her legs and the patience of her new mother and her aunt, Rosalie finally managed to take her first steps and to utter her first word when she was 5 years old. Her sister Liane was born soon afterwards and several years later, Jacques and Walter completed the family.

Religion played a large part in Rosalie’s life. When she was 14 years old her mother took her to Scherpeneuvel, a place of pilgrimage not far from Antwerp. Here they prayed to the Virgin Mary, promising that Rosalie would wear blue and white every day for seven years and would attend church every day if the Blessed Virgin Mary would help her to walk normally. Rosalie took off her callipers and walked unaided. Believing this to be a miracle, she kept her promise to the letter. A shy child, she never grew above 4’8”; she spent her life trying to blend into the background.

She was 15 years old when her youngest brother arrived on the scene. With the voice of an angel and a dream of becoming an opera singer, Rosalie lacked confidence and ambition, believing that she was stupid and useless and could never make a success of her life. Instead she devoted herself to looking after her two youngest brothers, and helping her father in the bar, called Cafe Kreuzhof, that he now owned.

In May 1940 the German Army invaded Belgium and Rosalie and her family found themselves living under an occupying power. It didn’t take long for the German soldiers to make themselves at home in Antwerp. Knowing that he had to make a living to support his family, Rosalie’s father accepted the business that the soldiers brought to the café. He told them to leave their rifles behind the bar while they were drinking. They could have their weapons back when they left. That way there would be no trouble. He and Rosalie had to learn to speak German rather quickly. A trick that they used in order to keep the soldiers drinking was to place small squares of cheese onto plates at the bar and on the tables. The cheese was laced with a tiny amount of salt, which made the soldiers thirsty, resulting in them ordering more beer.

Though some food was rationed and difficult to buy, Rosalie’s family never went short of food. She remembers standing in a queue with a metal bucket for hours just to get a few fish. She and her sister Liane would share the wait, alternating with each other – one hour on, one hour off – until one of them reached the head of the queue. Sugar was quite scarce but her family always managed to acquire enough to see them through. With her father running the café/bar, her mother working as a furrier (German Army officers were willing to pay a premium for fur coats for their wives or girlfriends) and her aunt working at a launderette, there was enough money coming in to the household to keep the wolves from the door. They even employed a servant to clean the house. Sometimes German soldiers were billeted with the family despite the lack of space, but the rent paid by the German Army helped make the situation bearable. Oldest son, Willy, often had to share his bed with a German soldier.

Living by the rules laid down by the German authorities was the safest way to survive the occupation. There were many checkpoints to negotiate when out shopping or visiting friends and identity papers had to be carried at all times. Everyone was anxious to make sure that they didn’t break the rules. Rosalie felt uncomfortable walking the streets of Antwerp with so many soldiers around. Some people shunned her family, citing them as collaborators, but Rosalie’s parents were only concerned about ensuring that their family was safe and that they could afford to buy enough food. Selling beer and fur coats did not mean that they were in cahoots with the enemy or agreed with their ideas; it was self-preservation.

Luckily there was very little fighting during the occupation, though the V1 and V2 rockets sent over by Hitler were frightening. Four years after being occupied, Antwerp was liberated by the British. The Tommies were greeted with cheers and flowers. Belgians were able to relax at last, to laugh and to have fun. Life returned to normal.

At the Café Kreuzhof business continued as usual; the beer flowed, the rifles were stacked behind the bar, and the salt-laced cheese squares were still served at the tables. The uniforms were a different colour and the language was now English instead of German, but soldiers are soldiers no matter what nationality they are. They all like to let their hair down with a few pints. Willy still had to share his bed with soldiers from time to time, though now his sleeping companions were British. While younger sister Liane laughed and flirted with the clientele, shy Rosalie worked unnoticed. That is, until a soldier called Tom arrived in 1945. Tom played the piano that stood in one corner of the bar. Rosalie was mesmerised by his music, and he was impressed with her beautiful singing voice. Despite speaking only a few words of each other’s language, romance blossomed. Tom was Rosalie’s first and only boyfriend. In February 1946 Rosalie and Tom were married.

By mid-March Rosalie was on her way to a new life in England, having never been away from home before. The early months were painful for her as she missed her family so much. She was shocked at the poverty in which her husband’s family lived – six adults and two children in a two up/two down terraced house. She was offended when on arrival, her mother-in-law greeted her with the comment, “Oh, you’re not black. I thought all foreigners were black”. She was hurt by the way people would spit at her in the street, calling her a German pig. Eventually, though, things settled down and Rosalie adjusted to her new life in her new country. 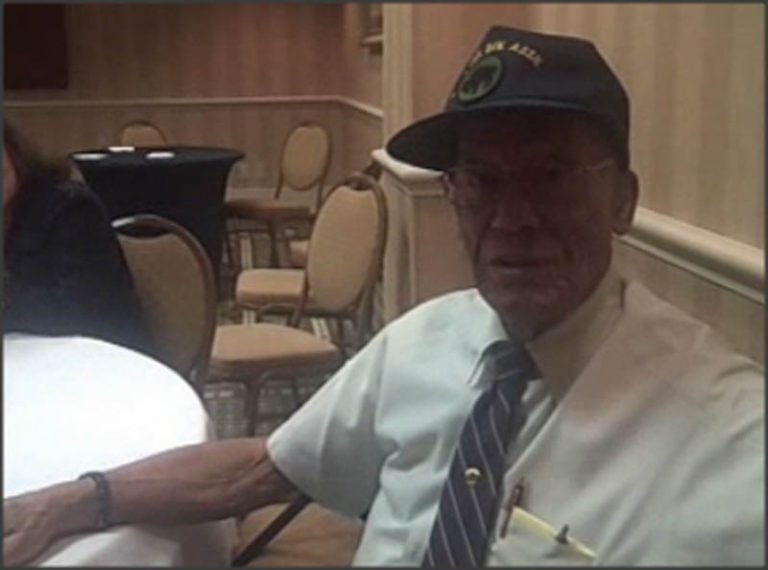 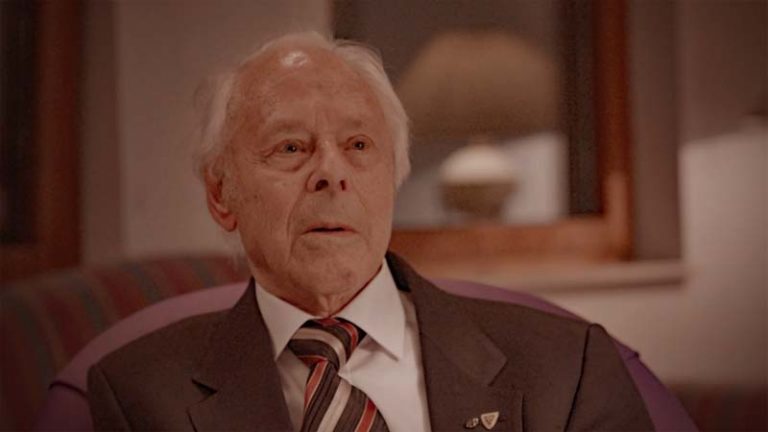 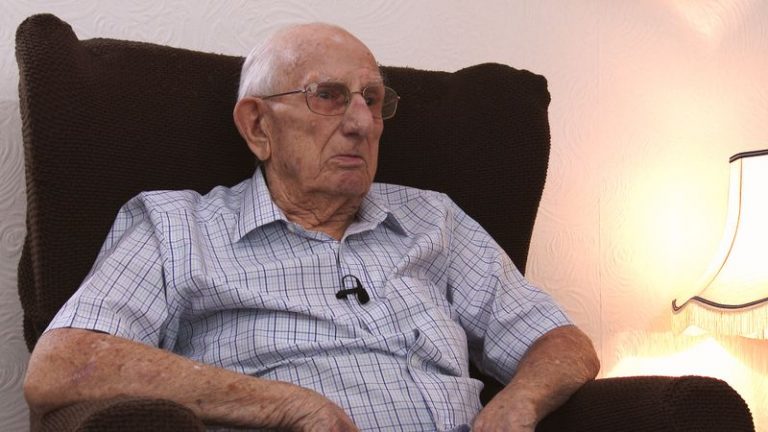 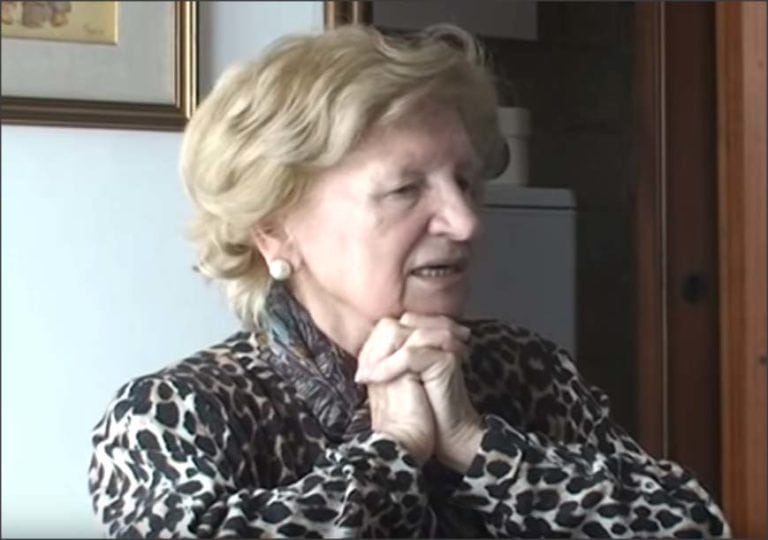